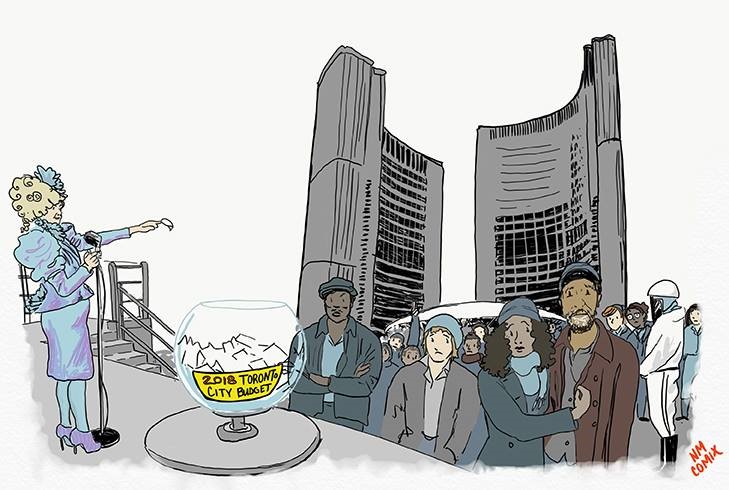 As the City of Toronto’s Budget Committee hosts public hearings, Effie Trinket of The Hunger Games is leading a Reaping at City Hall.

In the fictional universe of The Hunger Games, the Reaping is an annual event in which tributes are selected from each district of the land of Panem to fight to the death. The purpose of the Games is to fuel scarcity and competition and to distract its citizens from the larger problems and inequities that plague the nation. Similarly, our Effie Trinket is drawing the names of people and groups who are being divided and set against one another by the City to fight over meagre funding as a result of City-created scarcity. While Toronto City Council has approved twelve action plans and strategies in recent years to improve the quality of life of Toronto residents, address serious service deficiencies, and promote equity and inclusion in the city, much of this work is not funded in the 2018 preliminary budget, forcing citizens and non-profit organizations to compete for a much smaller amount of unallocated funds. 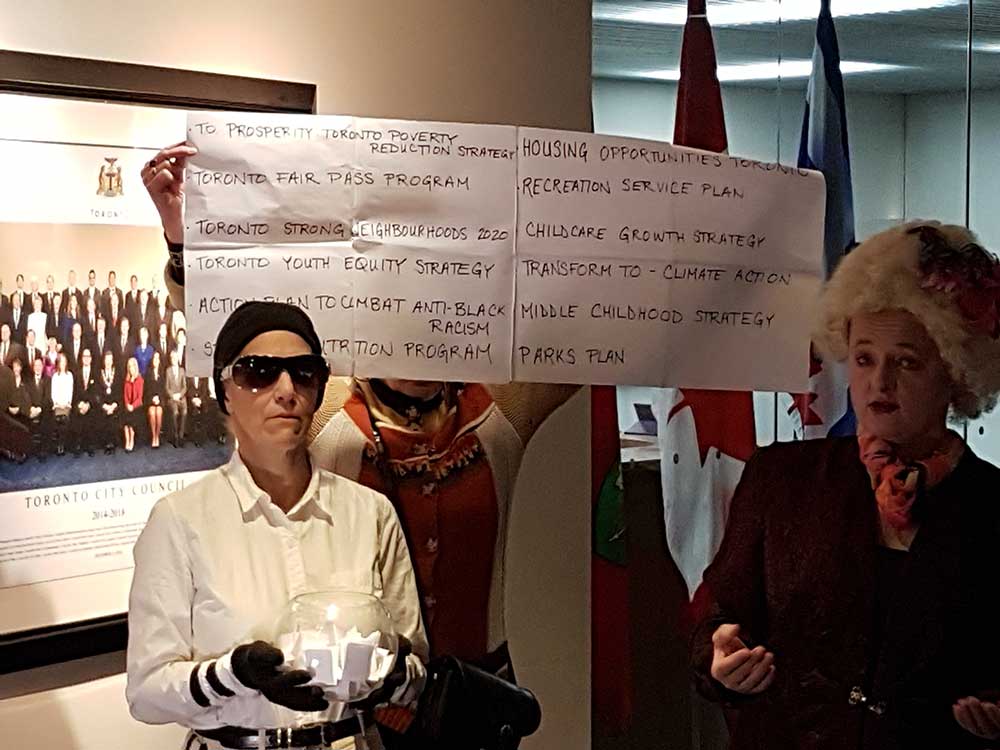 Instead of forcing civil society groups to fight for funding for programs already approved by Council, Faith in the City is calling on the City to:

What you can do: Contact your City Councillor and the Mayor to tell them you expect Council to follow through on its promises and make Toronto a more equitable city.