Faith Leaders gather at City Hall for ‘pray-in’ Against Poverty 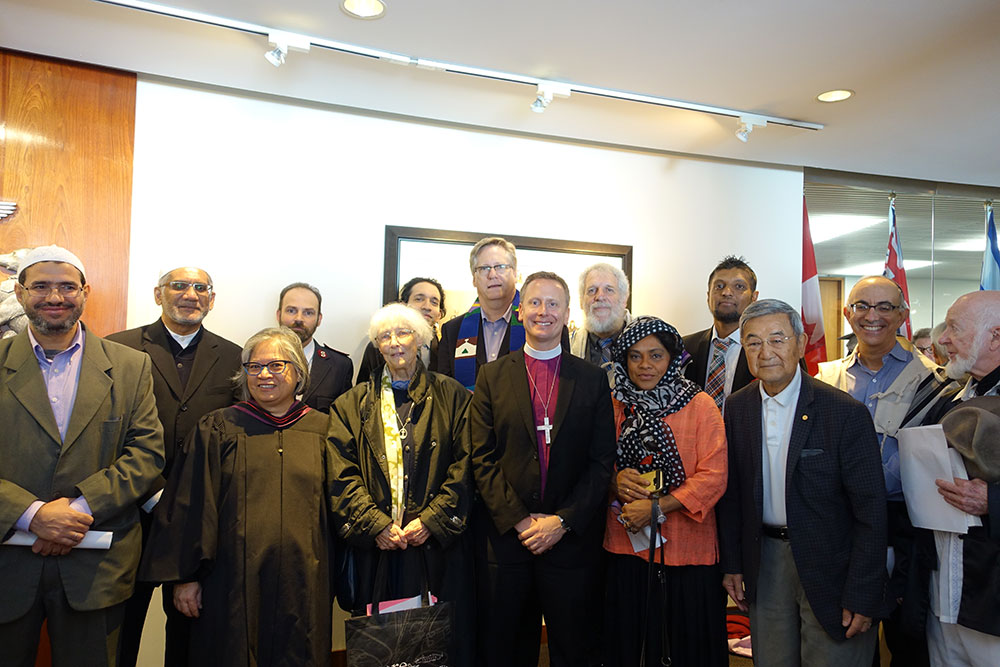 Faith leaders from across the city marked the international day for the eradication of poverty by occupying City Hall and performing a marathon ‘pray-in’ in front of Mayor John Tory’s office.

Calling for greater investments in the upcoming city budget, the faith group ‘Faith in the City’ says the Mayor and Council are not doing enough to combat poverty in the city.

“We have seen Council commit to strategies and projects to tackle staggering inequality in our city, but when the time comes to funding these priorities, our leaders can’t seem to make the leap,” said Imam Habeeb Alli. “We’re here to urge Council to stick to its own promises in the upcoming budget.”

The faith leaders affirmed the need for good transit, affordable housing and the importance of good jobs in eradicating poverty. “Our city’s most vulnerable residents, including one-in-four children, desperately need access to affordable housing and reliable transit to help lift them out of poverty,” said Elder Kim Running Bear McDougall of the Oneida Nation.

Faith leaders made opening remarks at 10:30 am beginning a back-to-back relay of faith ceremonies, rituals and prayers from a wide range of faith communities. The action is expected to continue through the afternoon.

“It is important to unite with people across Toronto in pushing for action on inequality and poverty,” said Bishop Kevin Robertson. “We must work together to urge our politicians to follow through on their own commitments.” 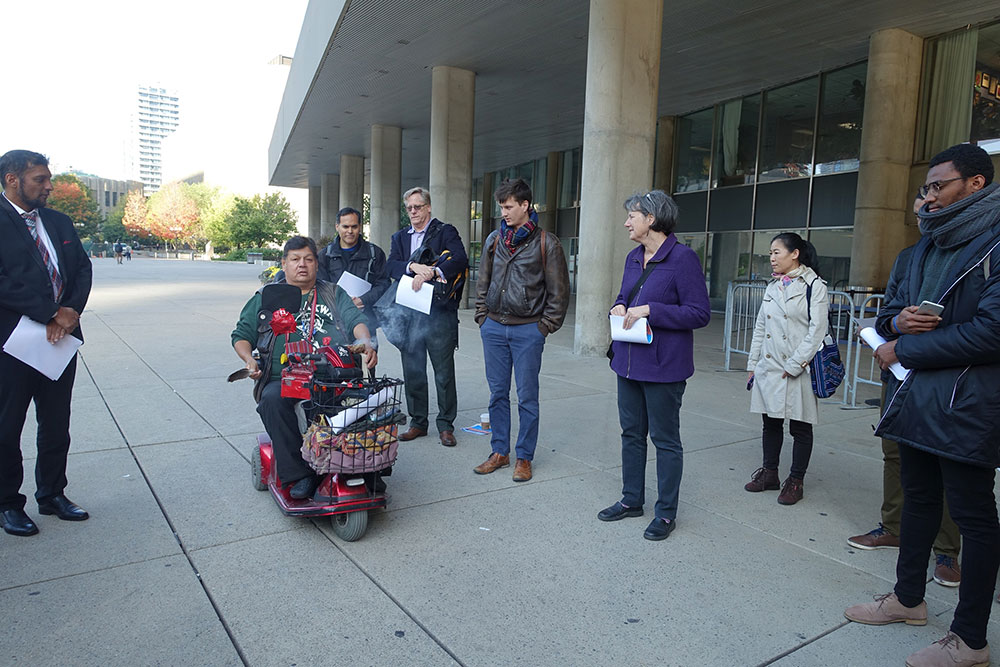 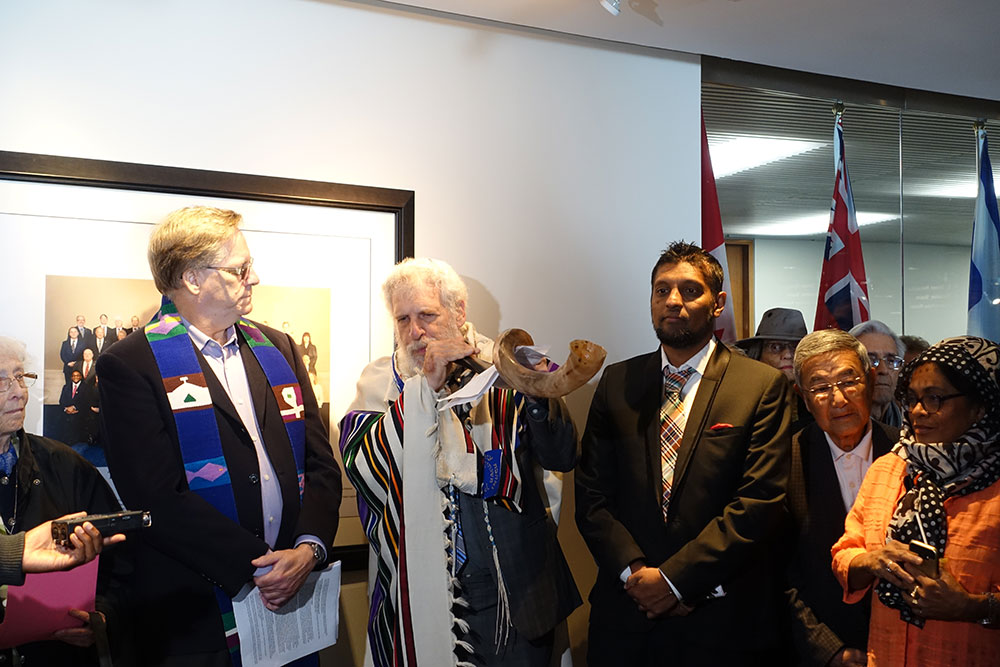 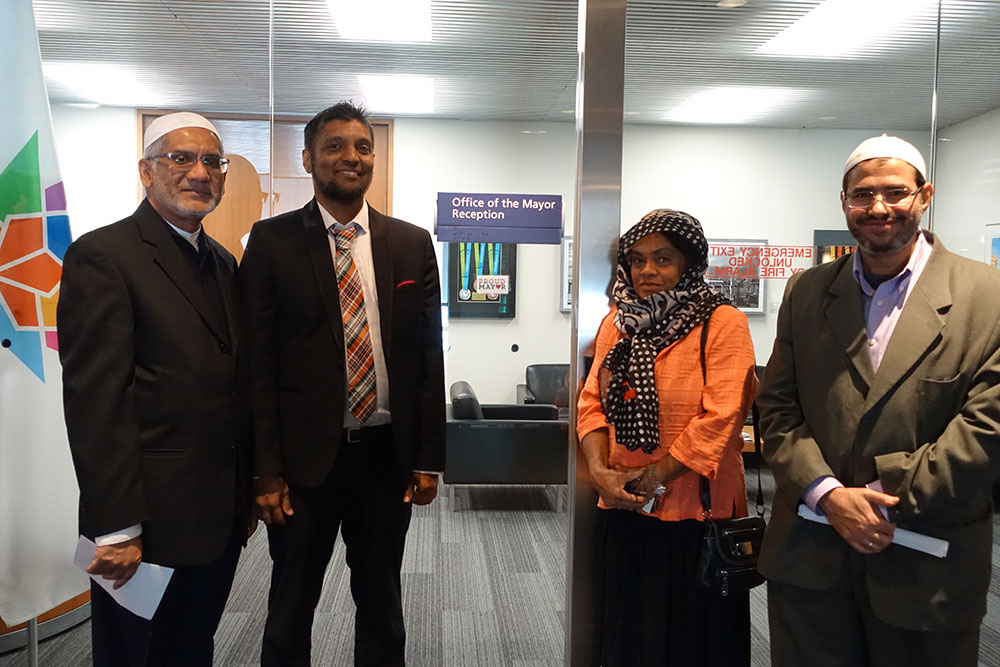 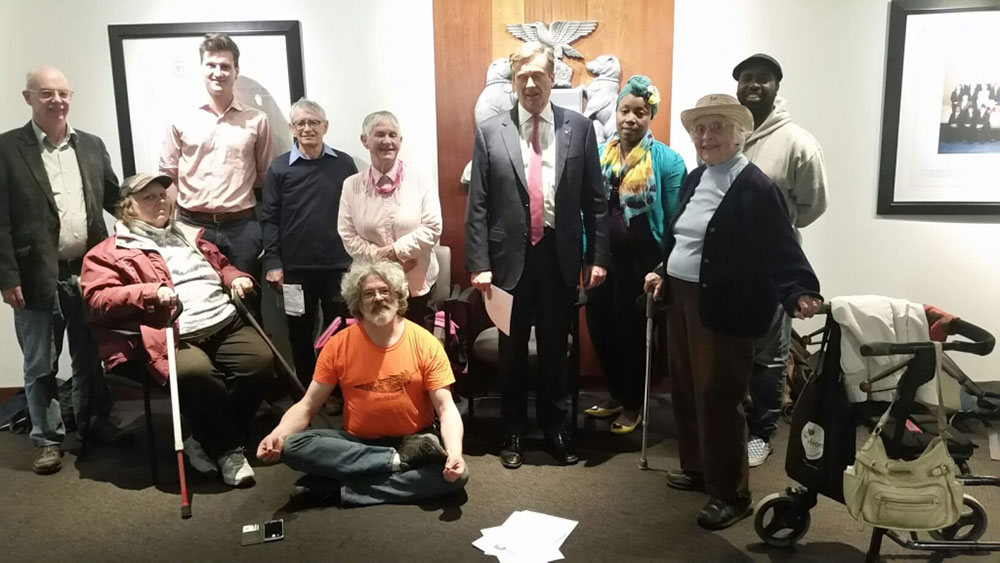